Ordered a vegan dish from Wasabi Sushi Bar, Kungsgatan 44 in Umeå, Sweden and there was an option to remove ingredients from the dish, so I wrote in my order that I did not want any soy and gluten in the food but the food came drenched in soy and it also came with some extra soy on the side. It also came with dumplings containing gluten, which has not been included… Read More

I wan’t to send out a warning for Eaty, food delivery company in Sweden. The food would be delivered directly to the door and there was a nice young bloke who delivered my food directly to my door several times but one time I got a call from another delivery guy who asked if I could come out and fetch the food. He was rude and lacked basic manners. Unacceptable, so of… Read More

I wan’t to send out a warning for Ekolådan in Sweden who delivers organic vegetables and groceries, because of their incompetence. They have delivered to me three times and already made five unacceptable mistakes, that I’m not going to go into here, but If you’re residing in Sweden, do me a favour and spread this warning across the country and warn others of this amateurish company, thanks.

Most of my life I’ve been very traumatized. When I was 2-3 years old my father raped me. When I was 7 years old I was groupraped and cut with a knife. These memories I had repressed until they resurfaced a while back. For the biggest part of my life my mother verbally and emotionally abused me to the point that I almost completely broke down. Then after I broke contact with her she stalked me for a long time. I was also physically abused by my fathers wife. Later in life I was also harassed and terrorized for years by some people. Was terrorized by life and suffered so many losses down the road.

All this trauma led to PTSD, agoraphobia, panic attacks almost every night for a long period of time, eating disorders, severe hormonal imbalance which almost broke me down completely, illness, deep depression and almost complete isolation in the end because of a loss of trust in humanity.

Words can never describe the torture I’ve endured in the deepest depths of the abyss. Mountains of pain are heavy to carry. Cried too many oceans of tears and died so many times inside I’m not living, I’m just existing in some strange fucking way… After seven suicide attempts that did not work I figured I was not supposed to die and decided to wait for some creative ideas to come and to wait for my nerves to break. Got some ideas and plans for this blog and wrote an album that will be released in the near future.

On this blog you can read some of my poetry, blacklistings and see some of my clothing designs and more. To visit Kaikki-the trend store, click here: https://www.zazzle.com/store/kaikki 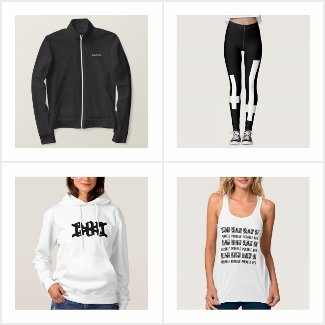